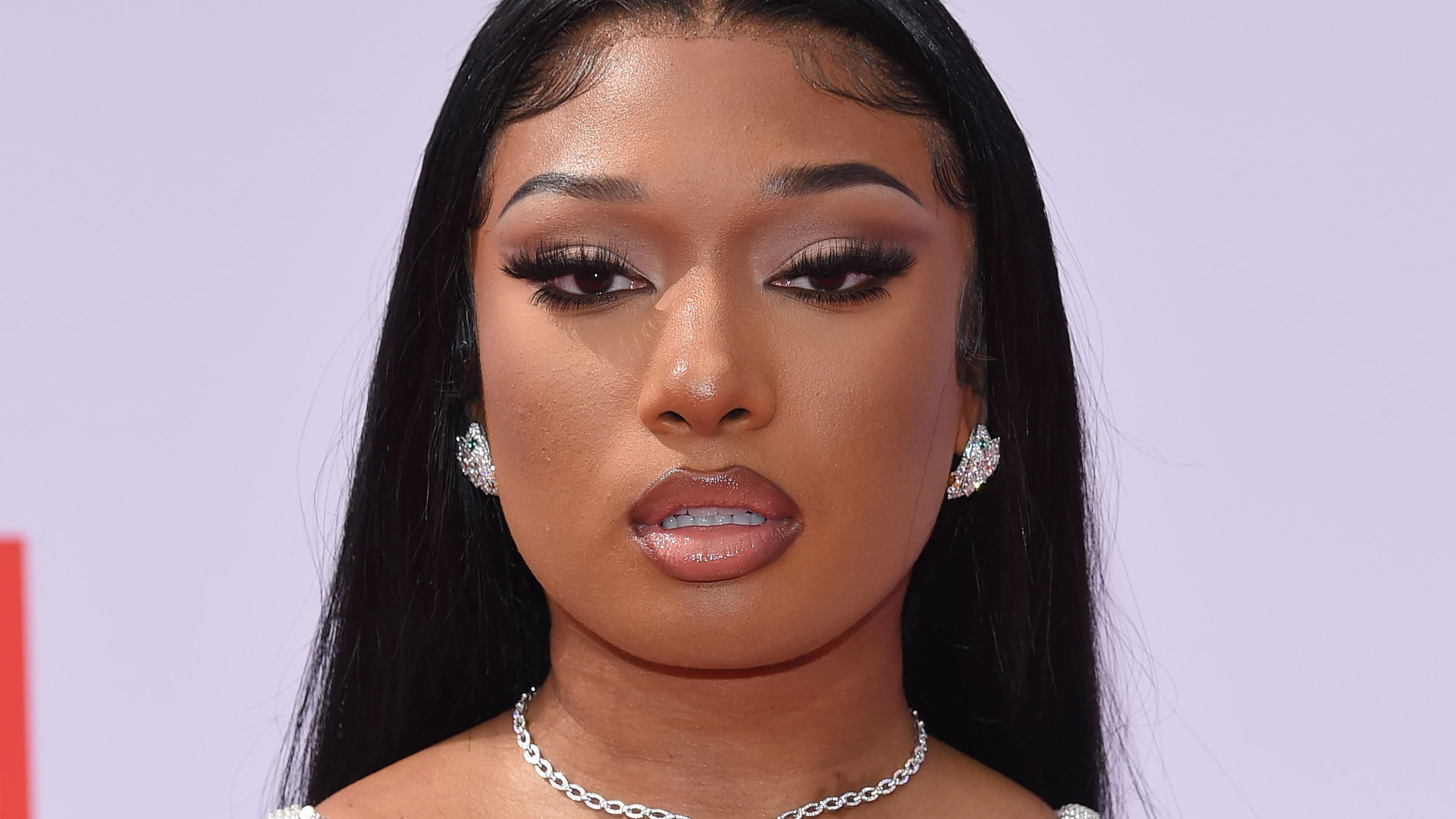 Megan Thee Stallion's voluptuous curves were on full display in her latest Instagram share on Saturday as the six-time Grammy winner flashed her ample assets in an ultra-revealing monokini. Taking a cue from the stylebook of her alter ego Tina Snow, the 27-year-old rapper, went bedazzled in a cut-out gold set, flooring fans with the insanely sexy look that scored over 913,000 likes overnight.

Check it out below! 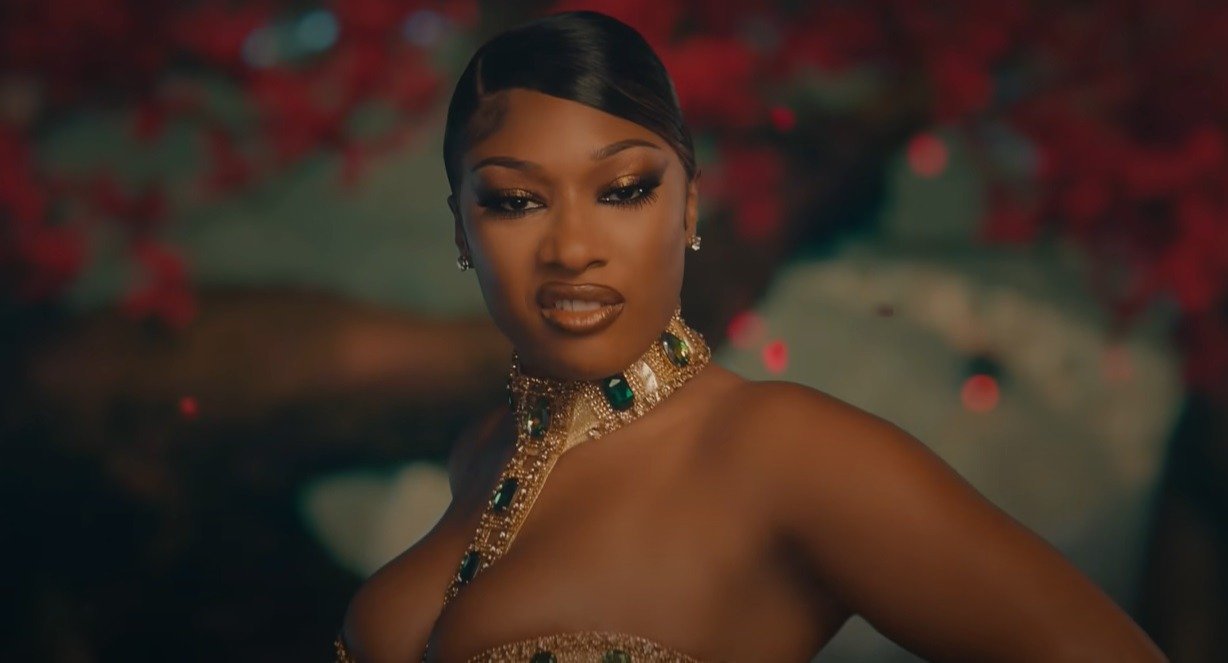 Snapped against a dark backdrop, the "Savage" singer highlighted her hourglass frame in a sultry pin-up pose with her arm raised and her tiny waist in the spotlight. She arched her back and parted her lips in a seductive expression, all the while shooting a smoldering gaze at the camera.

With a low-hanging neckline and no shoulder straps for support, the monokini struggled to contain her curves, nearly spilling out of the teeny cups that were both studded and encrusted with jewels. The racy number was as abundant as it was scanty and was covered in sparkling emerald gems that also decorated the matching choker extending downward into her cleavage and down her abs. 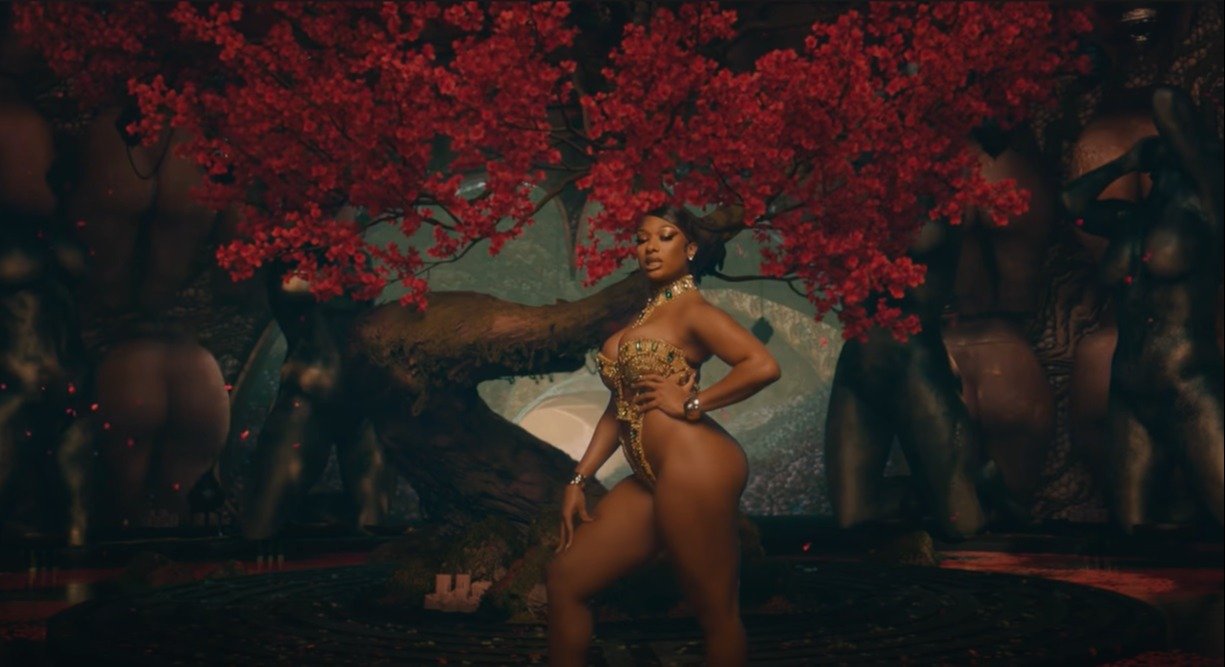 Below the chest line, the monokini provided no coverage. It had missing sides and a cut-out front that showed off her abs and belly button piercing, almost completely exposing her midsection. With minuscule studded bottoms that fully bared her hips, the barely-there number flaunted her bodacious figure in all of its splendor.

Naturally, fans recognized the jaw-dropping look from Megan and Dua Lipa's new music video for "Sweetest Pie," which just premiered on March 11. In the clip, she is seen rocking the scandalous one-piece in front of a winding tree in red bloom while backed by dancers in leather bodysuits and horns.

Megan quoted a lyric from the song in her caption, with Lipa gushing in the comments: "hotttiieeeeeeee." 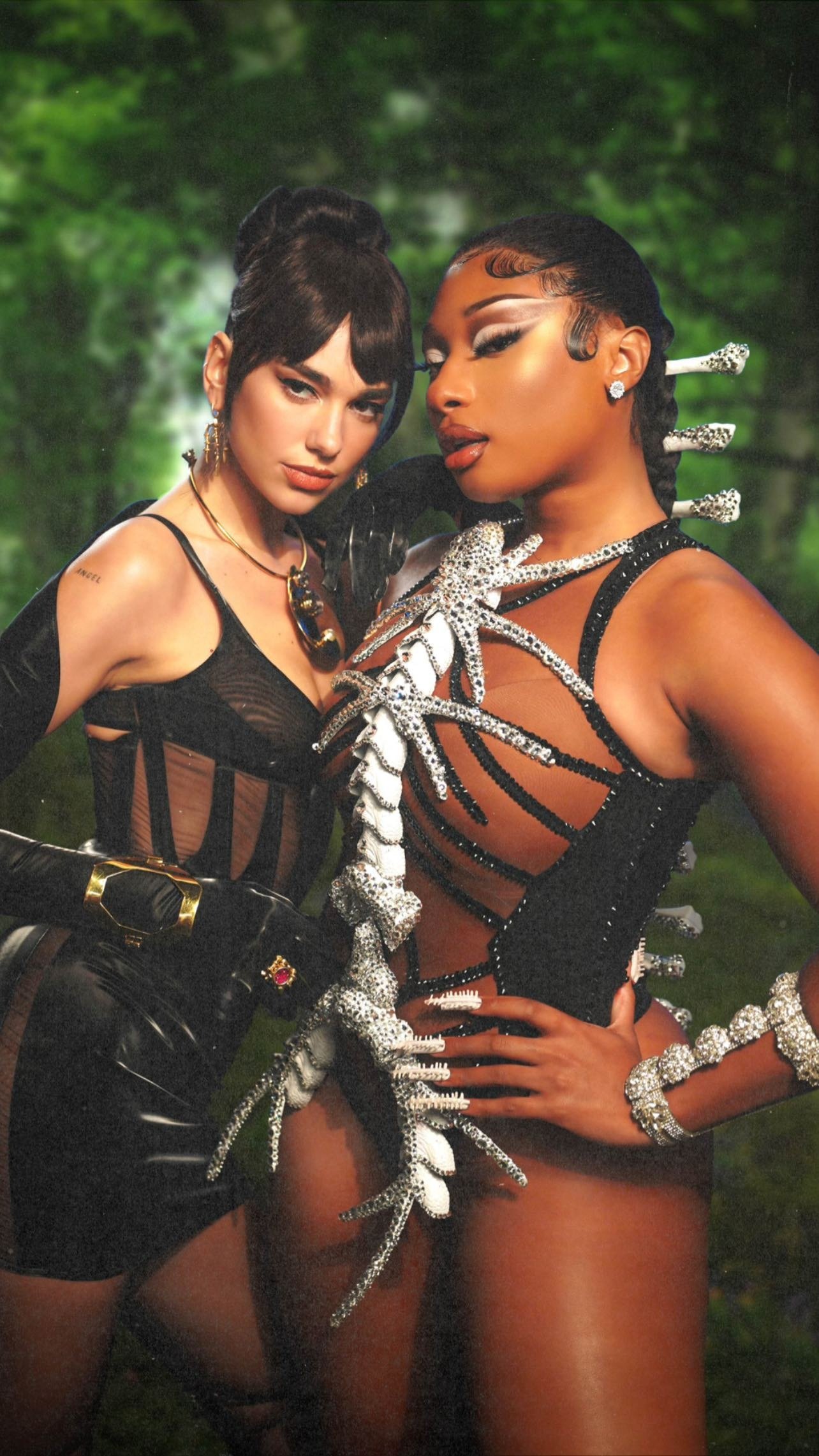 The Fever artist uploaded more shots from the music video to her Instagram Stories, including a snap of herself and Lipa rocking see-through mesh and black leather.

Lipa has also been promoting their collab on Instagram, sharing snippets of the new vid, which is chockfull of whimsical, fiercely seductive looks, including a close-up of Megan licking her lips to change their color from blood-red to sleek black.

Watch the "Sweetest Pie" music video below and go through the full carousel of mind-blowing looks. 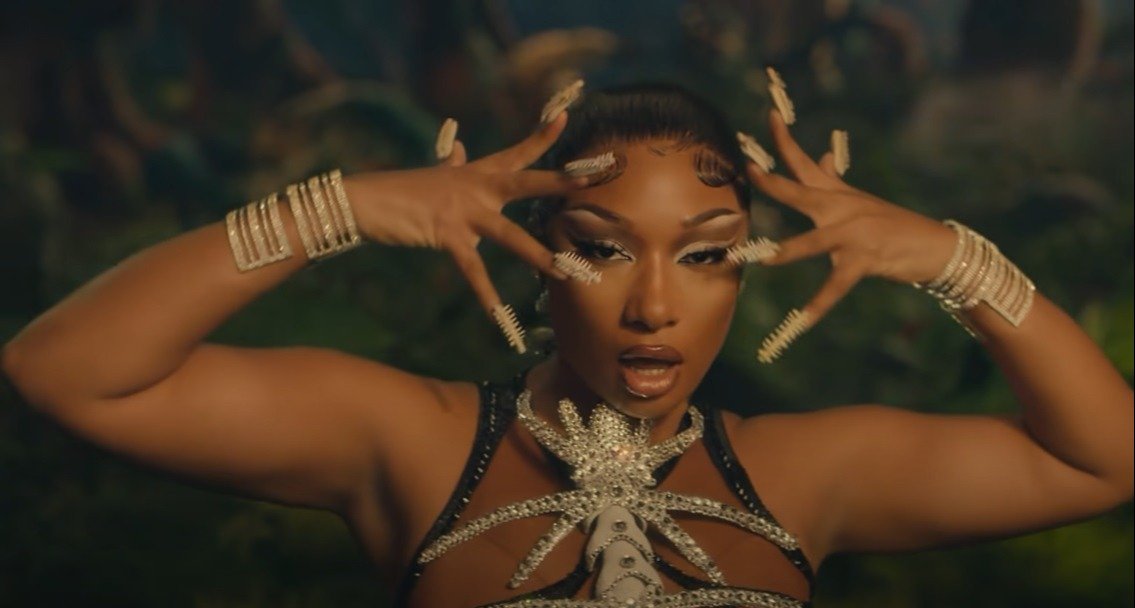 Megan has always been comfortable expressing her sensuality in her music videos and on stage, with CF Fashion Book recently claiming that the rapper "has brought about a new era of female sexual empowerment in music."

Living up to that claim in her new cover story for the publication, the Grammy 2022 Best Album, and Best Rap Performance winner, who in 2020 became the first female rapper since Lauryn Hill in 1999 to win a Grammy for Best New Artist, shared her take on embracing sexuality in the cover interview.

Megan added: "Sex is not just one-sided, men should not be the only people who are allowed to speak on sex. Women should be able to control the narrative of how they want to be treated, not only in public but in the bedroom."

The rapper explained: "I'm confident in myself and I try to set an example for all my ladies to embrace their confidence and sexuality."