Why Chris Evans' Dog Dodger Is Winning Over The Internet 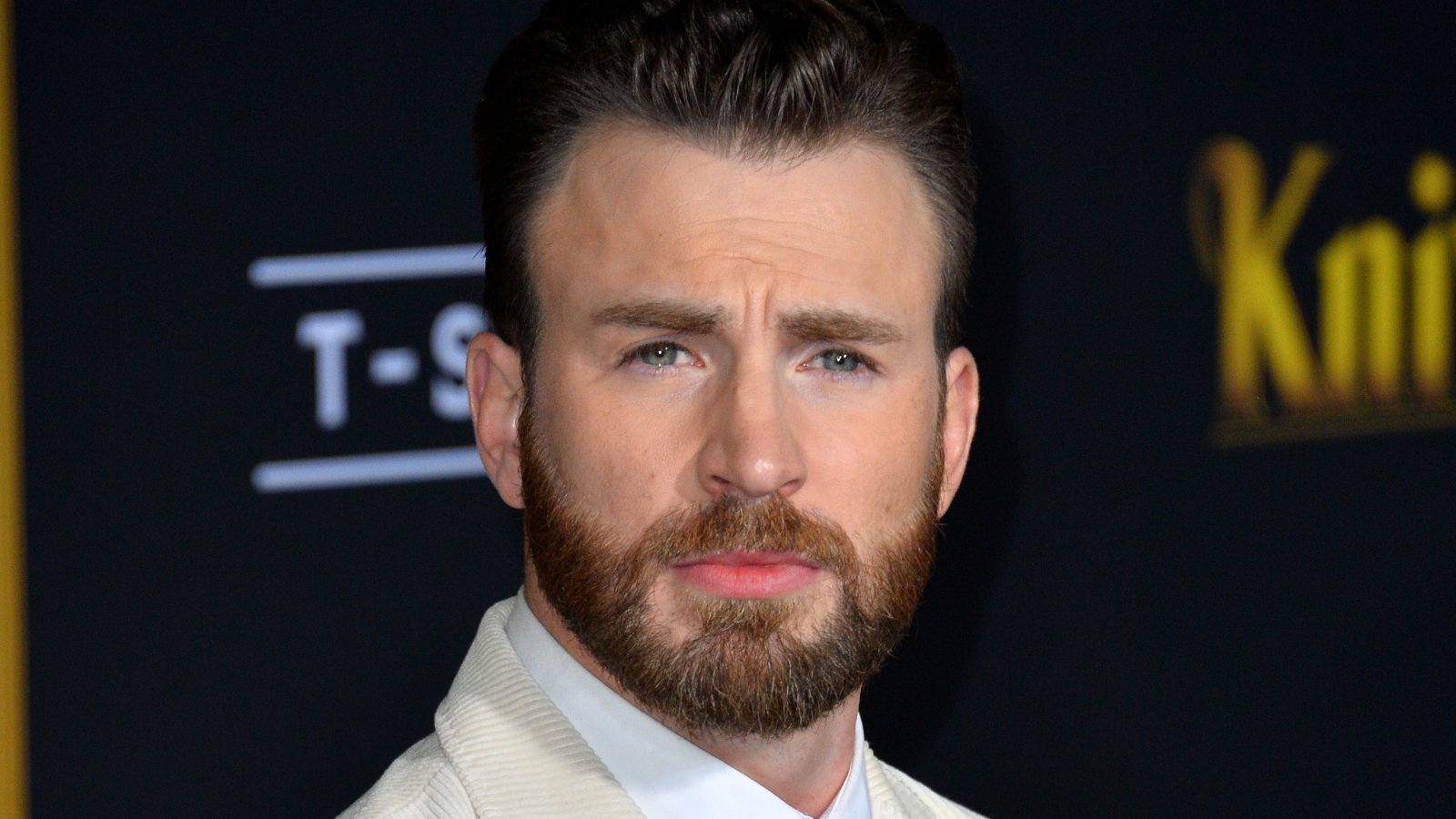 If there's one thing that can distract attention from Chris Evans' beefcake pecks it's the tribute tattoo of his dog's name, Dodger, plastered across his chest. The 40-year-old Marvel star and his mixed-breed boxer rescue share a close bond that Captain America has described as his "purest relationship." About half of his Instagram posts are about Dodger, with fans tripping over themselves at each of their sweet selfies. A star in his own right, the lovable canine has amassed tons of admirers on the social media platform. 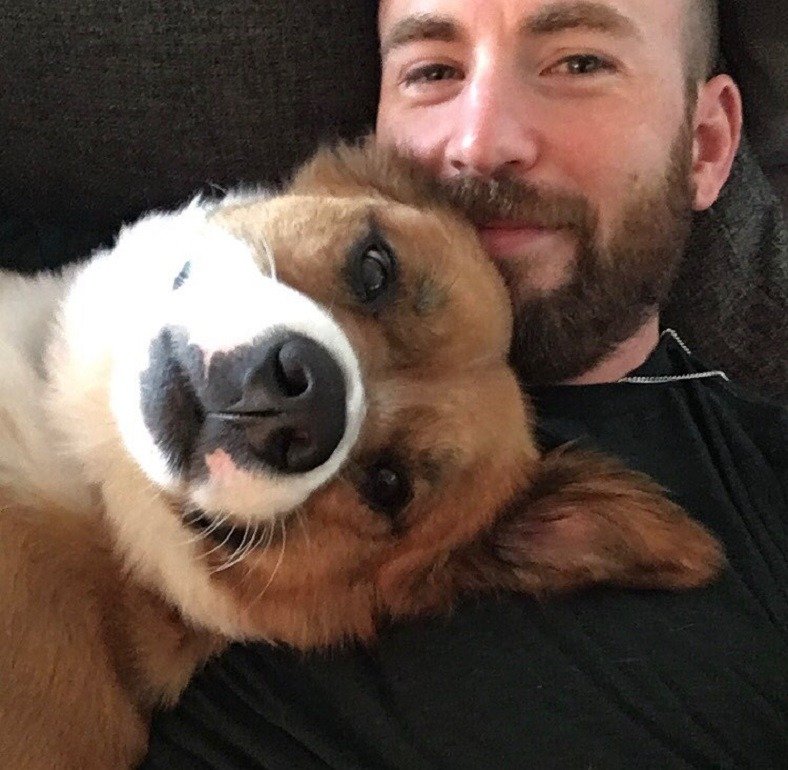 Just about everything these two do together is heartwarming and wholesome, including the story of Evans' tattoo. The Avengers actor, who boasts an impressive ink collection, got the tribute tat shortly after adopting Dodger in 2017, per POPSUGAR, with Evans telling Jimmy Kimmel in an October interview: "I'll never regret that tattoo. I've regretted a few in my life, but not that one."

Giving his 14.1 million Insta followers a glimpse at the tat in a photo shared around that same time, the Knives Out star racked up 2 million likes with a shirtless snap that had Dodger in the spotlight.

"Dodger lying on DODGER 💙," he quipped in the caption, with fans showering the pup with love in the comments section.

"Well aren't you the cutest dog ever," wrote another person. 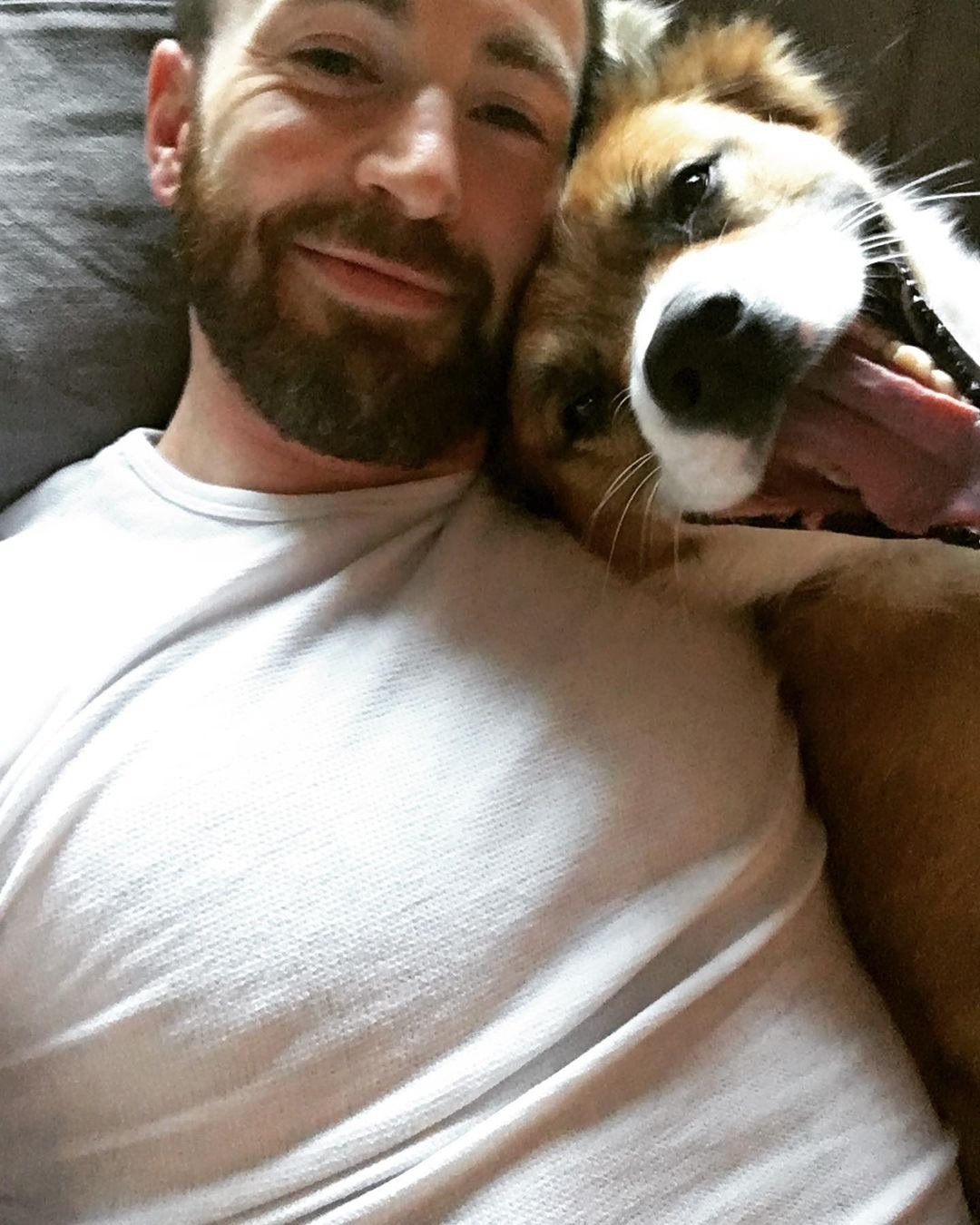 That was not the first time that fans seemingly ignored the Hollywood hunk and lavished praise on his canine companion instead. His most recent upload dated November 16 saw the pair cuddling cheek to cheek as they stared at the camera, with people swooning over Dodger.

"I don't know who is more adorable. But look at that handsome face ... sorry but I gotta go with Dodger," one Instagrammer commented on the post, which Evans captioned "Twins?."

"The guy on the right is definitely the cute one. Sorry not sorry," another user wrote, referring to the pup.

The duo once again proved they're best friend goals when Evans shared a cute video of what his Saturday nights look like. Starring Dodger, the clip showed the boxer mix pushing a blue touchpad button to get a treat, with his dad cheering him along the way.

"I kept seeing videos of these touch pads [sic] for dogs so I figured I’d give them a shot," Evan explained in the caption. "I thought ‘treat’ would be the most used. Turns out it’s ‘play’ and I f***king love that about him."

"This is what I do on a Saturday night," the actor added. 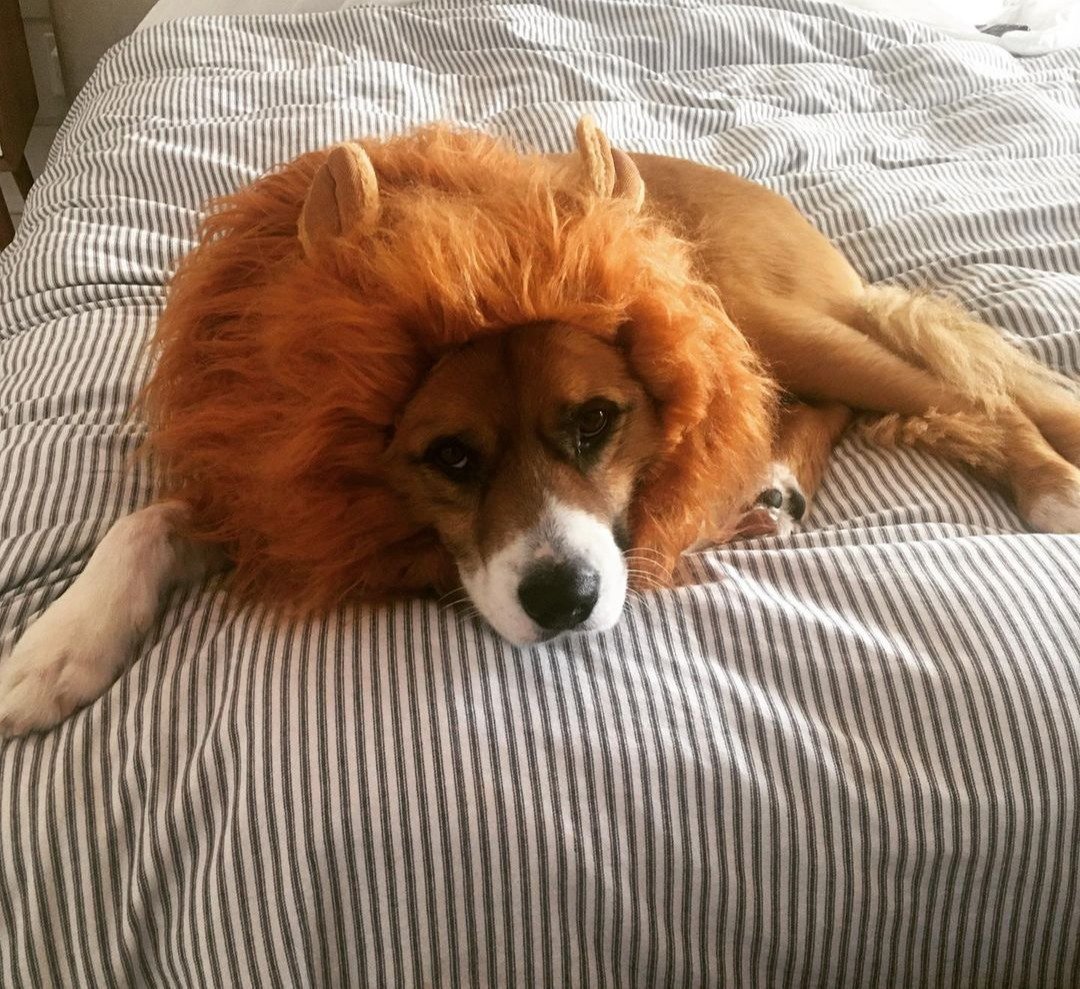 Dodger single-handedly won Halloween back in 2020 when Evans shared his costume in a photo that went viral. Lying in his dad's bed, he stole fans' hearts with the cutest lion hat complete with a lush mane and plushie ears, as seen above.

"Happy Halloween!!" Evans captioned the snap, adding an explanatory parenthesis: "He hated every second of it."

While he may not have been impressed with the headgear, Dodger is definitely a fan of lions. The pup's favorite toy is a stuffed lion that sings The Tokens’ “The Lion Sleeps Tonight,” which he can be seen dragging around all the time. In a video from November 2017, the pup got Twitter "awws" all-around as he joined in the song and started howling along to the famous track.

When Evans tweeted a follow-up video, fans absolutely lost it. 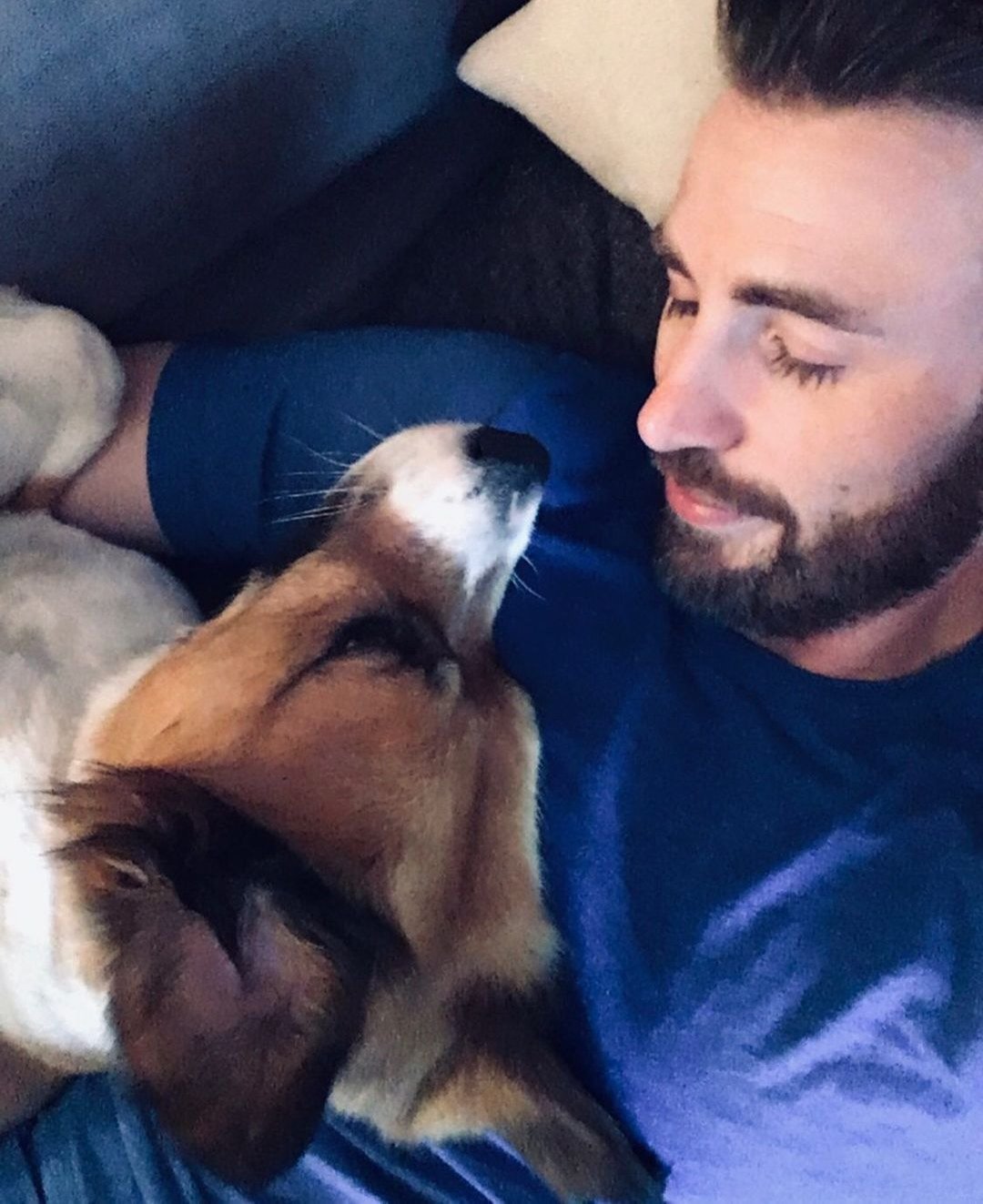 For those wondering how Evans and Dodger first met, the actor shared their emotional adoption story on Instagram in honor of National Dog Rescue Day last year. Uploading a heart-melting video of the moment they first laid eyes on each other at the shelter, the Hollywood star encouraged fans to "visit a shelter and leave with a best friend."

"This is the moment I met Dodger. I was filming a movie in Savannah [Gifted] and the scene took place at a shelter," he captioned the video, given below. "I had no intention of rescuing a dog that day, but the minute I saw him I knew he was coming home w me."

Inseparable ever since, the pair get up to all sorts of shenanigans together, with a May update giving insight into what goes on before a park outing. Sharing three photos of Dodger hiding in bed under a couple of pillows, Evans called attention to his changing facial expressions as he gave the signal they were going out.

Scroll through the embed below to see his adorable facial expressions.